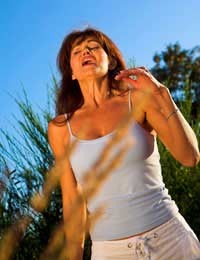 For people who suffer from hay fever it can be frustrating when trying to find the right treatment to handle hay fever symptoms. Common over-the-counter remedies are effective for many people but others find that their symptoms are still flaring up, causing the painful symptoms characteristic of hay fever and resulting in missed days at work and a reduced quality of life. Leukotriene receptor antagonists are a newer class of medications for treating hay fever. In addition, they also treat asthma, which can occur alongside hay fever. They are considered a highly effective medication and are also long-lasting drugs.

How Do Leukotriene Receptor Antagonists Work?

To understand how they function, it's important to understand what happens to your immune system when you are exposed to an allergen. When you are exposed to an allergen such as pollen - usually from inhalation or skin contact - your body treats it as an invader. While pollen would be harmless to most people, in a person who is allergic to pollen, the body essentially overreacts by releasing a chemical called histamine, which is the main chemical mediator of the immune reaction. Leukotrienes are another chemical released and together with histamine, they cause inflammation in the nasal passages, throat and eyes. This leads to the distressing sneezing, runny nose, bloodshot eyes and itchy throat and face that hay fever sufferers experience during an allergic reaction.

Leukotriene receptor antagonists are generally well tolerated. They are oral medications and will usually take maximum effect after approximately three hours of ingestion. Two commonly prescribed leukotriene receptor antagonists include:Most people will require only one dose a day because they are quite long-lasting and effective drugs. Side effects are not common but those that may occur include:It's also important to note that some leukotriene receptor antagonists can be less effective when taken with food. Your doctor or pharmacist will provide instructions on how to take your medication and will explain any parameters related to dosage timing and food. Your doctor can also provide a more extensive explanation of any side effects to be aware of and how to proceed if you do experience any side effects.